The Earth: Formed for a Purpose 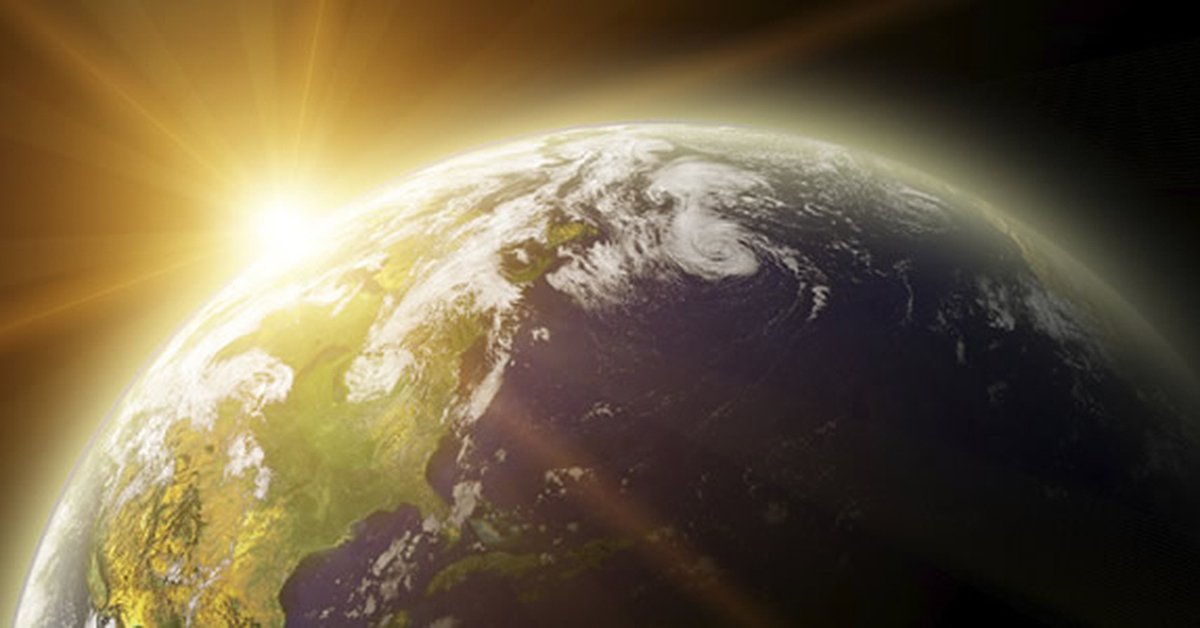 What is the purpose of the earth? Well, the answer to this question depends on your worldview. From a naturalistic evolutionary viewpoint, there is none. In the evolutionary worldview, the earth has no design, plan, or purpose—it simply evolved by natural processes over billions of years. Furthermore, in an evolutionary worldview, mankind evolved from preexisting hominids and is simply an irrational animal in an irrational universe with no purpose and no trustworthy means of discovering the true purpose of the earth.

The belief that the earth has no purpose and that mankind has no trustworthy means of knowing truth is not new. The prophet Isaiah reminded the people of Israel about the purpose of the earth, contrasting it with the prevailing worldview of the pagan nations around them.

The prophet Isaiah ministered to the nations of Israel and Judah several centuries before Christ (c. 740–690 BC). In chapters 40–45, in what is often called the trial of false gods (see Isaiah 41:21), God calls Israel into judgment for its idolatry. The nation of Israel went into exile because it had mixed pagan idolatry with the worship of God (Isaiah 40:19, 41:7, 42:17, 45:16–20). In Isaiah 45, the prophet shows the failure of the false gods of the nations (i.e., Babylon)1 as opposed to the trustworthiness of God (Isaiah 45:16–17), which is rooted in the nature and character of the true God who reveals himself to his people (Isaiah 45:18–19).

The nations around Israel did not believe in one God who existed before creation. The pagan nations believed that the beginning of everything was matter in chaos, and out of that chaos the gods emerged who then brought order to the chaos.2 The gods then created mankind (as slaves) to take care of them. The gods of the nations had no interest in communicating with mankind since they had no commitment to them. If idolatrous pagan nations wanted to know the future, they had to inquire with mediums and necromancers (Isaiah 8:19), as the gods of the nations did not have a sense of history and therefore could not speak truthfully about the future (Isaiah 41:21–22).

By contrast, the prophet Isaiah shows that we can know the one true God because he reveals himself by communicating to us in an intelligible way, as he knows the end from the beginning (Isaiah 46:8–10) and declares his purposes to his people (Isaiah 45:21, 48:1–5). The God who has revealed himself to us is the Creator.

For thus says the Lord, who created the heavens (he is God!), who formed the earth and made it (he established it; he did not create it empty, he formed it to be inhabited!): “I am the Lord, and there is no other. (Isaiah 45:18)

The God of creation is not silent; he has spoken and confirmed his Word.

The prophet Isaiah used four verbs to describe God’s creative work: created (bārā’, cf. Genesis 1:1, 21, 27), formed (yāṣar, cf. Genesis 2:7), made (ʿāśâ, cf. Genesis 1:26), established (kûn, cf. Jeremiah 10:12). The evidential value of God’s creative work is that he alone is God (Isaiah 44:24). In Genesis 1, chaos did not exist before God, and he did not bring a meaningless chaos into existence. Rather the eternal God (Isaiah 57:15) created the world “out of nothing” by speaking it into existence (Genesis 1:1–3; Hebrews 11:3). The fact that God speaks is revelation, as he is someone who communicates with his creatures who are made in his image (Genesis 1:27). The God of creation is not silent; he has spoken and confirmed his Word (Isaiah 40:8, 55:10–11). When God spoke to the people of Israel in Isaiah’s day, he did not speak in secret nor ask them to seek him in vain (tōhû, emptiness), but rather he spoke to them in truth (Isaiah 45:19).

Since God created the world to be inhabited by mankind, it was necessary that he reveal that purpose to them, and that is what he has done. At the beginning of creation (day six), God communicated to Adam and Eve that they were to “Be fruitful and multiply and fill the earth and subdue it, and have dominion over the fish of the sea and over the birds of the heavens and over every living thing that moves on the earth” (Genesis 1:28). Adam and Eve were to extend God’s dominion as it was manifested in Eden to the whole earth (Genesis 2:8, 15).3 However, Adam and Eve failed to obey God, and their commission is passed on to future generations. After coming out of the ark into the new world, God told Noah, “Be fruitful and multiply and fill the earth” (Genesis 9:1, cf. 8:17). The same language is used of God’s promises to the Patriarchs that he would make their descendants to be “fruitful and multiply” (Genesis 17:20, 28:3, 35:11; cf. Exodus 1:7). God also promised that the nation of Israel would be “fruitful and multiply” in the land after they returned from the Babylon captivity (Jeremiah 23:3). In the New Testament, the apostle Paul may be following this biblical-theological pattern when he says that in the whole world the gospel “is bearing fruit and increasing” (Colossians 1:6).4 Through the gospel, God’s presence is beginning to fill the earth and mankind is being renewed in his image (Colossians 3:10). The gospel also causes Christians to “bear fruit” (good works) and “increase” in the knowledge of God (Colossians 1:10).

Isaiah told Israel that God did not create the earth to be empty (tōhû) but formed it to be inhabited (cf. Isaiah 45:12). In Genesis 1:2, the earth is pictured as being “without form and void” (tōhû wābōhû) or rather “unformed and unfilled.” At this stage in creation, the earth was not ready for man to live upon it. In other words, on day one of creation, the earth is in an unfinished state and is uninhabitable. The reason for this is that throughout days one to three God will form his creation and throughout days four to six he will fill up his creation.

On day six, God did not just create life for the earth, but so that life (Adam and Eve) would be in fellowship with him in the garden in Eden (see Genesis 2:4–25), not with idols who are fashioned by human hands and have no life in them.

Why would God wait billions of years if his purpose was to have human life on the earth?

Since God’s purpose in forming the earth was for it to be inhabited, it makes sense that creation took place over a short period of time, in six days (Exodus 20:11). Why would God wait billions of years if his purpose was to have human life on the earth? It is estimated today, by naturalistic scientists, that the universe is around 13.8 billion years old, which means that man was created after 99.99997% of those billions of years had passed. This evolutionary timeline makes no sense considering what the Bible teaches about God’s purpose in forming the earth to be inhabited and directly opposes the Bible’s statement that he made man at the beginning of creation (Mark 10:6).

What you believe about the purpose of the earth has consequences for understanding salvation. If the world came from chaos and mankind’s existence has no purpose, then we do not know who we really are, what truth is, or that we need salvation. This is because, in a fallen world, idolatry causes mankind to have a lack of knowledge and to pray to idols who cannot save (Isaiah 44:19, 45:20).5 Those who choose to fashion idols (false gods) become nothing (tōhû) through their partnership with the gods who are nothing, and not only do they find chaos but they themselves become a part of it (Isaiah 44:9). The one true God, however, created the earth to be inhabited and has communicated the truth about salvation to us. The good news is that God’s call to an idolatrous world, whose false gods (including the “gods” of naturalism: time, chance, and mother nature) have failed them, is to experience the salvation that he alone provides.

Since God created the earth to be inhabited and has communicated that to us clearly, we can have hope in this world.

Since God created the earth to be inhabited and has communicated that to us clearly, we can have hope in this world. God has provided salvation to us through the suffering servant, the Lord (Jesus), who bore the iniquity of sinners so that those who trust in him can have peace with God (Isaiah 53:5). The Lord (YHWH), the Creator, is the only God of the whole world and therefore the only Savior of the world and the one to whom every knee will bow and every tongue confess (Isaiah 45:22–23; Philippians 2:9-11).