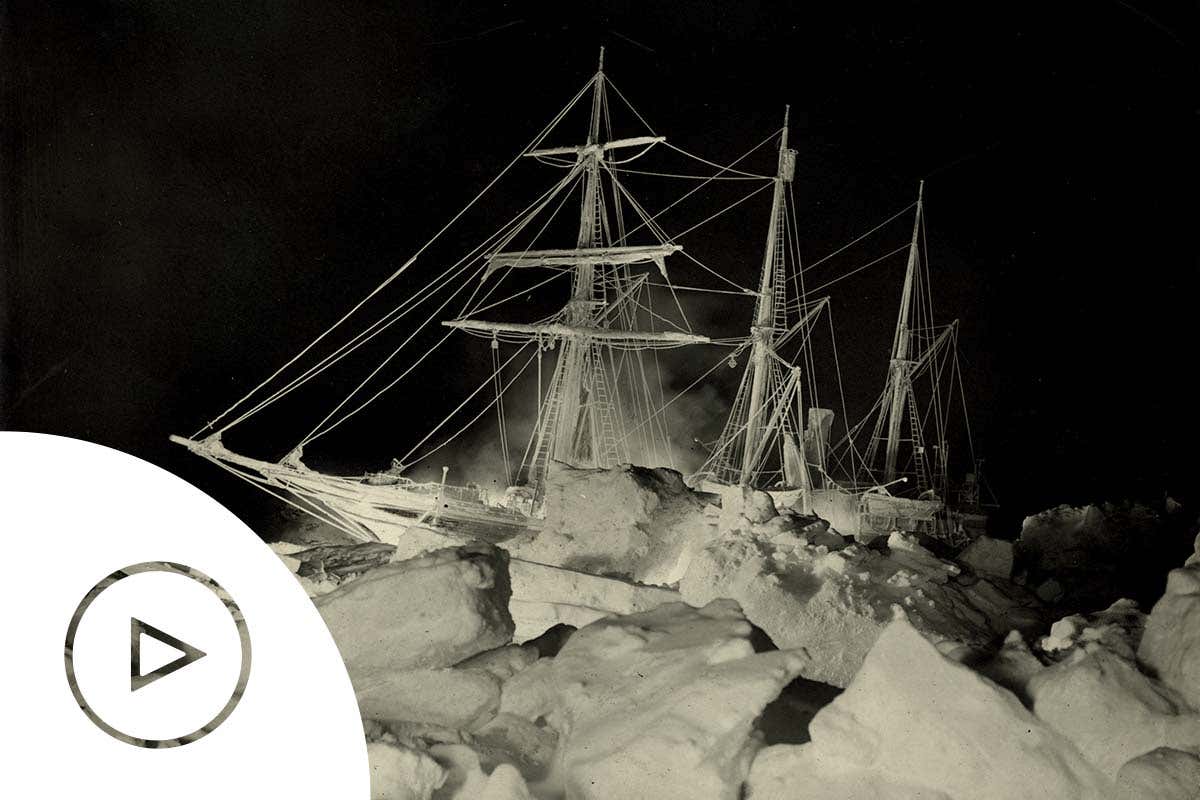 More than a hundred years after Ernest Shackleton’s famous Imperial Trans-Antarctic expedition, a new exhibition showcases some of the most iconic and rare images ever taken of the most southerly continent. “Shackleton’s legacy and the power of early Antarctic photography” at London’s Royal Geographic society includes photography from Shackleton’s doomed voyage on the Endurance.

Stuck in sea ice in the Weddell Sea, the crew aboard Endurance were ordered to abandon ship. Shackleton insisted that photographer Frank Hurley’s glass plates were salvaged despite the sailors’ now perilous situation. Royal Geographical Society curator Alasdair Macleod, said “even if the men die, [for Shackleton] there is still the opportunity that someone will find these negatives and understand the story.”

Shackleton ensured his expeditions carried the latest photographic technology, from glass plate cameras through to the relatively new Autochrome process, used to take some of the earliest colour photographs of the region. As early as 1902 on the Discovery expedition with Captain Scott, Shackleton used a balloon to take the first aerial photograph of Antarctica. On later expeditions, he would send images to London newspapers to spread word of his trips, and use future photography exhibitions, lantern slide shows and film screenings, popular at the time, to recoup the expedition’s costs.

Shackleton died onboard the Quest on 5 January 1922, yet his legacy lives on through these iconic images.