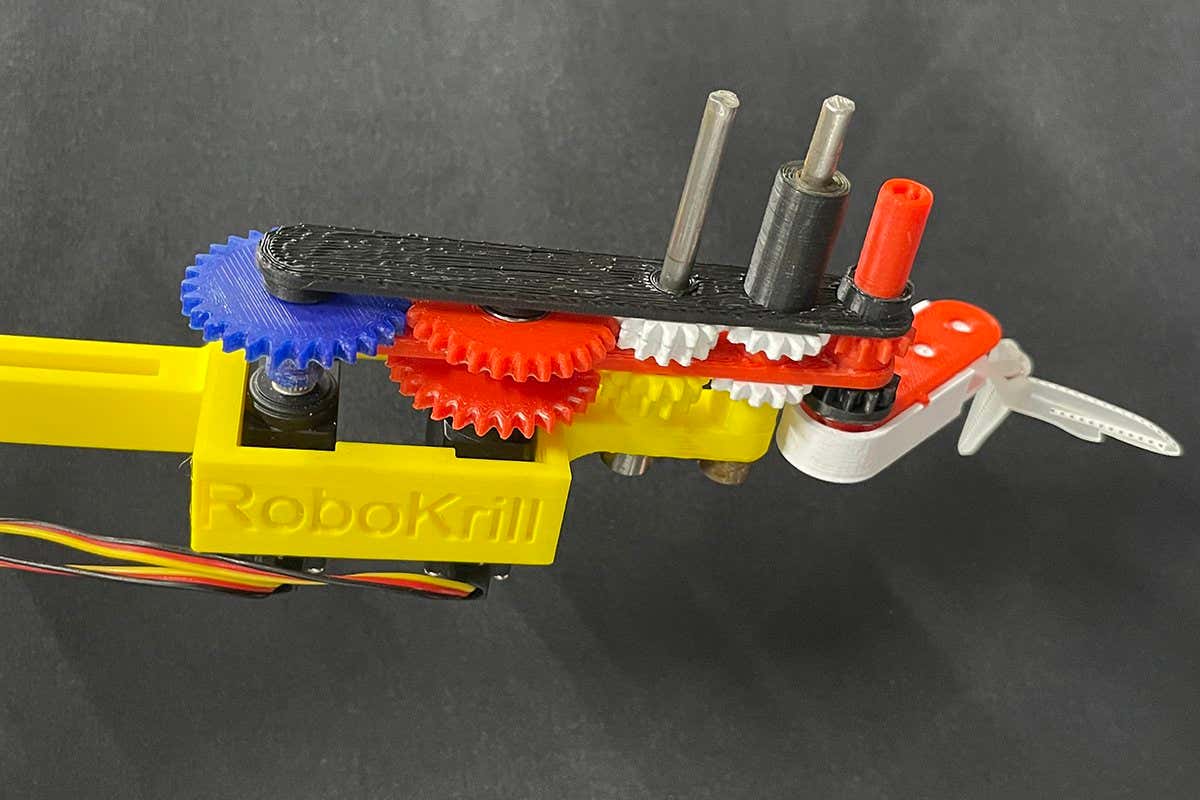 A robotic leg moving through water creates similar patterns to the motion of krill as they swim, and could be used to study the role these animals play in their marine environment.

Krill are small crustaceans that serve as one of the most important and abundant ocean food sources. They form large swarms on the ocean surface and dive down when threatened by predators, taking nutrients, carbon and oxygen with them, but the dynamics of this behaviour aren’t fully understood.

To better understand how krill move, Monica Martinez Wilhelmus at Brown University in Rhode Island and her colleagues built …