‘Mysterious’ Space Diamonds May Have an Advantage Over Earth Gems 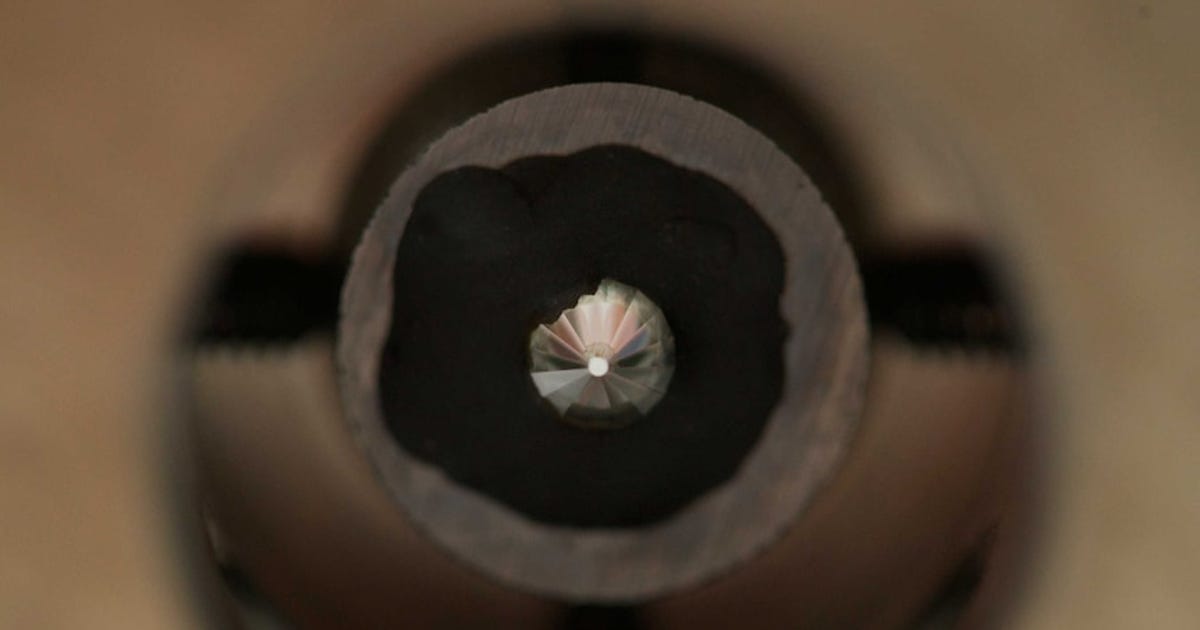 Traditionally we think of diamonds as forming from the intense pressures found in Earth’s interior, but a number of the sturdy gems have also been found in meteorites from space — and they’re fundamentally different from their terrestrial counterparts.

An international team of researchers say they’ve discovered the largest crystals to date of a rare type of diamond called lonsdaleite. The diamonds have an unusual hexagonal atomic structure (compared with the more common cubic structure) and were found in a meteorite that may have originated from a dwarf planet that experienced a catastrophic collision with an asteroid billions of years ago.

“This study proves categorically that lonsdaleite exists in nature,” Dougal McCulloch, director of the RMIT Microscopy and Microanalysis Facility in Australia, said in a statement.

The unusual hexagonal structure of the diamond could make it harder than most diamonds originating from Earth. Lonsdaleite has been found in a certain type of meteorite, called a ureilite, and it has even been manufactured in a lab by shooting graphite disks at a wall at speeds comparable with those of an asteroid impacting a planet.

The research team looked at 18 ureilites, mostly from northwest Africa, and one discovered by Monash University geology professor Andy Tomkins on the Nullarbor, a vast, arid plain in southern Australia. The strange diamonds were found in just four samples, all from northwest Africa.

But the details of how these super-diamonds formed in space have remained somewhat mysterious.

McCulloch and colleagues used advanced electron microscopy techniques to look at slices from the meteorites and think they may have discovered a new formation process for both lonsdaleite and regular diamonds.

That process “is like a supercritical chemical vapor deposition process that has taken place in these space rocks, probably in the dwarf planet shortly after a catastrophic collision,” McCulloch said.

In lay-speak, that means the space diamonds were likely formed by carbon-based materials, potentially, on a dwarf planet being subject to extreme pressures after a cosmic traffic accident. The team actually think this prevailing hypothesis of diamonds forming during the impact could be wrong — and the diamonds may have formed at lower pressures after the destruction. Similar processes are used under controlled environments to produce materials for certain metals, semiconductors and other products.

The study was led by Tomkins and published Monday in Proceedings of the National Academy of Sciences. Tomkins says the space diamond sample provides a new process for industries to attempt to replicate.

“We don’t really know how hard lonsdaleite is,” Tomkins told CNET. “It’s been estimated mathematically to be 58% harder than diamond, but that is yet to be proven by measurement.”

The material might be useful in mining or just for bragging rights about your wild hexagonal space bling.

“We think that lonsdaleite could be used to make tiny, ultra-hard machine parts if we can develop an industrial process that promotes replacement of pre-shaped graphite parts by lonsdaleite,” said Tomkins.