Just how big can a super-Earth get while staying ‘habitable’? 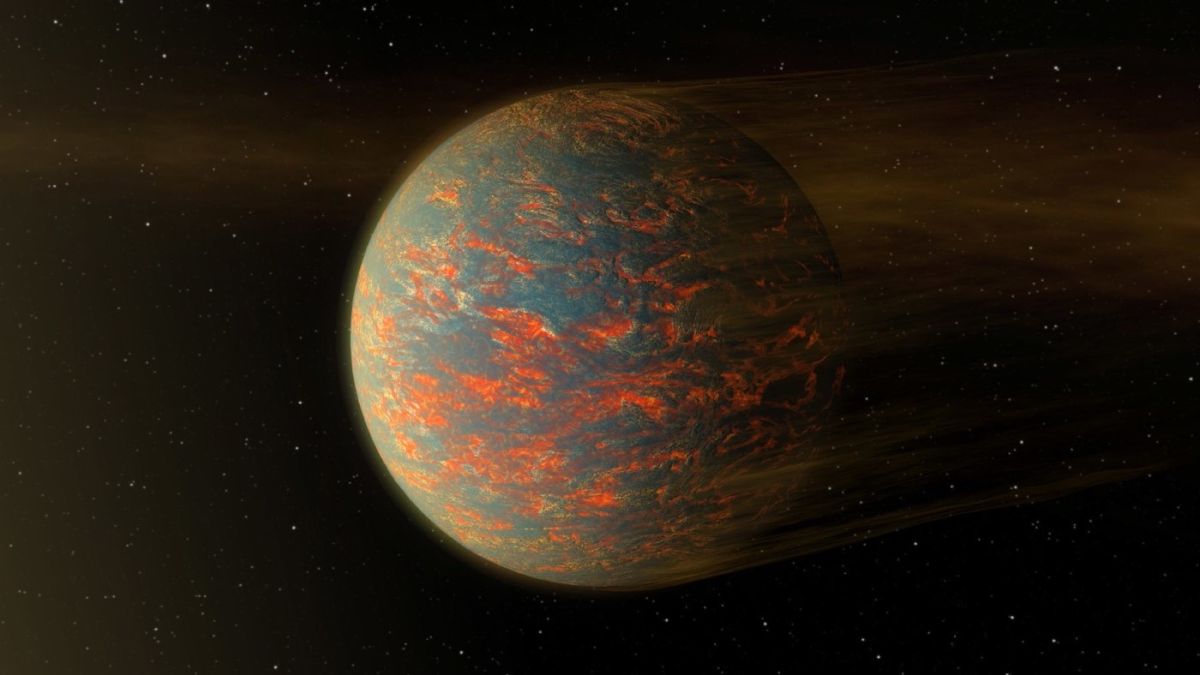 Of the thousands of exoplanets discovered so far, the most common are “super-Earths” — worlds bigger than Earth but smaller than Neptune. Some of these planets even lie within the habitable zones of their parent stars, meaning the conditions there might be right to host liquid water on their surfaces.

But could these giant, rocky exoplanets actually sustain the conditions for life? Or is life limited to smaller planets like our own? Ultimately, only future observations will give us a conclusive answer. But in the meantime, the question gives us a perfect opportunity to explore the limits of our understanding of where life might find a home.

Related: What really makes a planet habitable? Our assumptions may be wrong

First, we have to be clear about what we mean by “habitable,” as some wild worlds in our own solar system stretch far beyond what we would consider normal. After all, no other known planet is quite like Earth.

The other small, rocky planets in our solar system are either barren wastelands (Mercury and Mars) or nightmarish hellholes (Venus). The gas giants — with their deep, crushing atmospheres — are ruled out. Some of their frozen moons, however, offer rich bounties of liquid water under their rigid crusts, and they just might be a second great home for life in our own backyard. But for now, we’ll restrict our discussion to worlds that look like Earth.

That means that, in our survey of super-Earths, we need to find planets that look and act (and hopefully smell) a lot like our planet. This includes sitting within the habitable zone of a star, to make sure the temperatures are just right, as well as having atmospheres that are relatively thick but not too thick. These planets also need to have liquid water on the surface, not locked beneath a frozen crust or boiled away into a vapor. And lastly, they must have a magnetic field, to protect that atmosphere and liquid water from the constant brutal onslaught of the solar wind.

For sure, there are a lot more criteria that need to be in place for a world to actually host life. But without these base conditions, the chances of something growing on an alien world are pretty slim, so it’s a good place to start.

Astronomers generally define a super-Earth as any planet between the size of Earth and 10 times more massive. Astronomers tend to call planets larger than that mini-Neptunes, but that apparently clean distinction disguises a lot of nuances that are important for determining habitability.

As planets go up in mass, a rocky core gets better and better at hanging onto a thick, gassy atmosphere, because of its enhanced gravity. Eventually, there will be so much atmosphere that the planet would be better characterized as a gas giant than a rocky world. Unfortunately, we lack a clear dividing line between those two extremes, and super-Earths bridge that gap.

On the other hand, the planet TOI 270c is smaller, at about seven times Earth’s mass. But it’s so far away from its parent star that it’s almost entirely gas, making it more like a mini-Neptune than anything else.

Ultimately, a habitable super-Earth needs to have the right density, indicating that it’s not too rocky or too gassy. Even then, it’s only a guess, as astronomers have scant information about any particular exoplanet.

Take, for example, Gliese 581c, which is only about 20 light-years away. This exoplanet is about 5.5 times the mass of Earth and lies within the habitable zone of its star. But astronomers only know its mass, not its radius, so they can’t determine the planet’s density. At that orbit and that mass, the planet could be a typical rocky world, or made of solid iron. Or it could be a tiny gas world, or even made of diamond.

As for the magnetic field of any exoplanet, this is a matter of pure speculation. Scientists think planets larger than Earth are likely to host strong magnetic fields, but it’s impossible to know for sure. For example, while Venus and Earth are roughly the same size, only Earth has a substantial magnetic field.

Perhaps the best candidate for a habitable super-Earth is LHS 1140b, which orbits a red dwarf star about 49 light-years from Earth. It’s about 60% wider than our planet but 6.48 times as massive. It orbits extremely close to its parent star — its orbital period is just 25 days — but since the star is a cool red dwarf, this is comfortably within the habitable zone.

Atmospheric models of LHS 1140b allow for the possibility of a thick atmosphere hugging a world with oceans of liquid water. Only detailed observations, perhaps with the James Webb Space Telescope, will tell us for sure if the planet really is habitable. In the meantime, it’s the current reigning champion for the largest planet that could possibly host life.

Paul M. Sutter is an astrophysicist at SUNY Stony Brook and the Flatiron Institute, host of “Ask a Spaceman” and “Space Radio,” and author of “How to Die in Space.” Learn more by listening to the “Ask a Spaceman” podcast, available on iTunes (opens in new tab) and askaspaceman.com. Ask your own question on Twitter using #AskASpaceman or by following Paul @PaulMattSutter and facebook.com/PaulMattSutter.