Giant pandas once roamed another region of Earth

In the late 1980s, paleontologist Nikolai Spassov stumbled upon fossilized animal teeth in the National Museum of Natural History in Bulgaria. The fossil had a handwritten note with an indecipherable scribble. It took years for Spassov to understand where the fossil came from, and what the note said.

“I realized that I was holding in my hands the remains of a new species of fossil panda,” Spassov told Mashable.

This animal, Agriarctos nikolovi, was a close relative of the giant panda that lives in Southwest China today, though not a direct ancestor. It’s remarkable that a similarly-sized panda once roamed present-day Europe and researchers are just learning about the species.

The Fat Bear Week winner is the champion we all needed

“The new species from Bulgaria is geologically the latest and the most evolved European species of panda,” Spassov emphasized. This discovery provides ideas about the possible evolutionary paths of pandas and how their population dispersed over time, he added.

“I realized that I was holding in my hands the remains of a new species of fossil panda.”

Spassov collaborated with his colleague Qigao Jiangzuo from China, and their findings were published in the Journal of Vertebrate Paleontology. They named the newly discovered species Agriarctos nikolovi in honor of the curator Ivan Nikolov who originally collected the fossilized teeth.

They ate more than bamboo

The tooth fossils give clues about the ancient panda’s whereabouts and its diet, Spassov explained. 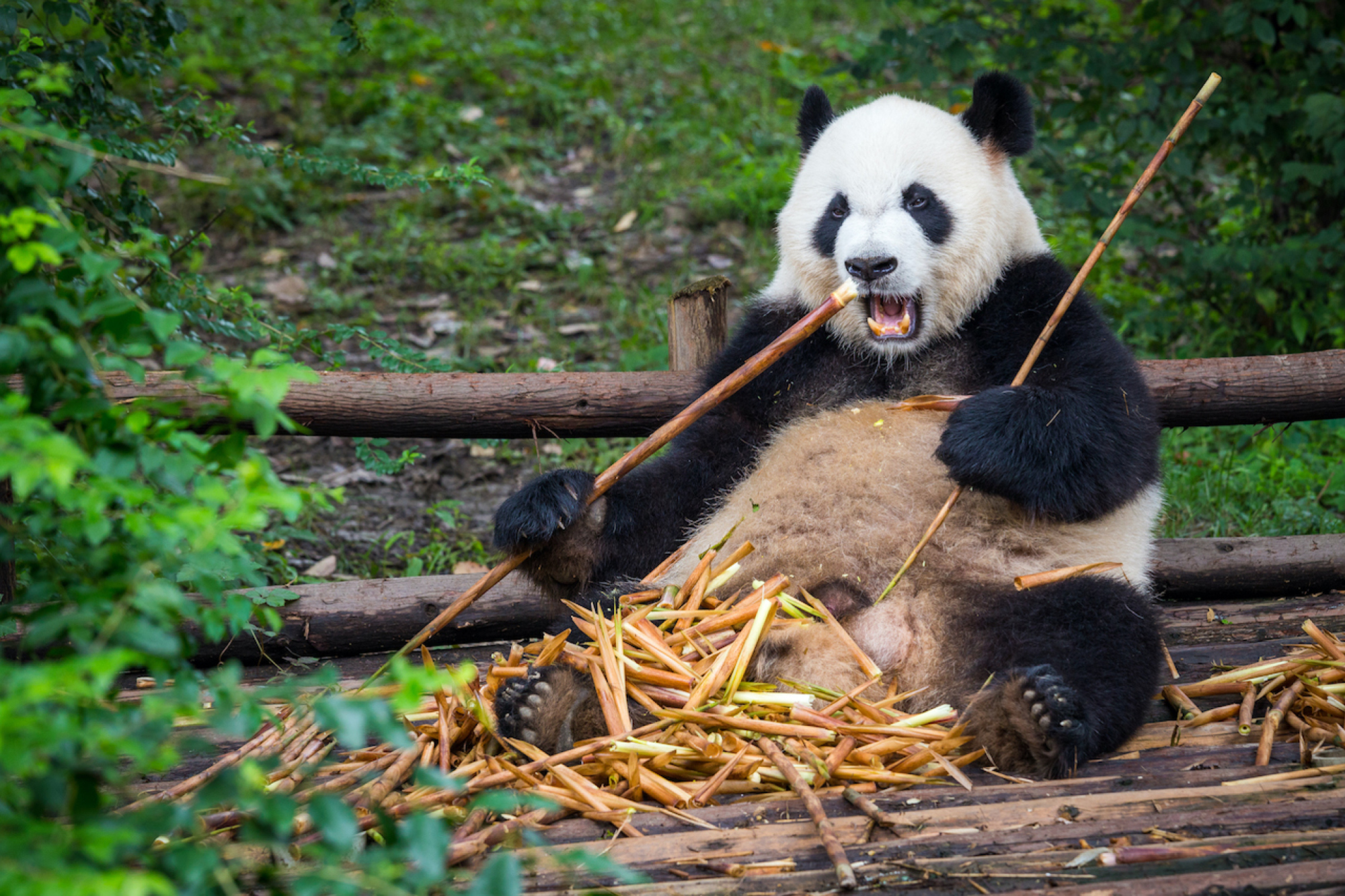 The ancient panda tooth fossils also suggest their feeding habits were different from the iconic giant panda we see today in China. Today’s giant panda diet consists almost entirely of bamboo. But the European panda Nikolov unearthed did not fully rely on bamboo, the study found. That’s because their teeth weren’t powerful enough to constantly crush hard woody bamboo stems. The ancient pandas likely fed on softer plants, and they were largely vegetarians.

European pandas lived alongside carnivores, Spassov said. They competed with large predators like saber-toothed tigers, hyenas, and other bears that roamed during the Miocene period (between 23 and five million years ago). Amid all this competition, species atop the food chain try to avoid competition by finding different diets. This struggle for finite calories likely drove the panda lineage towards vegetarianism, Spassov explained. “The competition was generally serious,” he said.

These panda fossils are critical gap fillers. That means, until now, scientists had a less complete picture of the ancient bears that are closely related to the surviving panda species in China, Juan Abella, a paleontologist at Miquel Crusafont Catalan Institute of Paleontology in Spain, told Mashable. Abella was not part of the new study.

Abella published a similar study in 2012 that described the oldest known ancestor of the giant panda clade that once wandered Spain, using fossils dated around 11.6 million years ago. The new species Spassov identified is definitely much more closely related to the surviving giant panda, he noted.

“Hopefully, we will be able to solve all these evolutive paths that lead towards the extant panda,” Abella said.